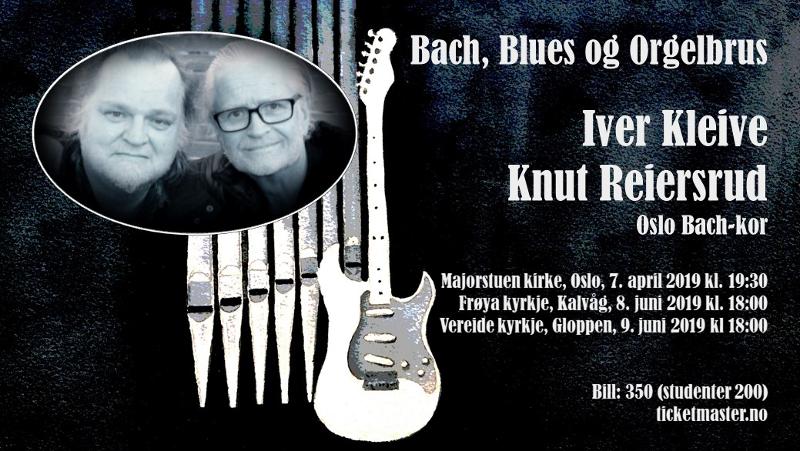 Legendary duo, Knut Reiersrud and Iver Kleive, stunned the world almost 30 years ago with their original mix of the blues guitar and the church organ. Since then they have performed at countless sold out venues both in Norway and abroad. And when their latest album was released at the end of 2018, there seemed again to be no end to the praise from music journalists.

Now, for the first time, they will conduct a series of concerts enhanced by a full choir. Oslo Bach-Kor, with some 80 singers, will add a magic touch to a virtual hit parade of classical master pieces. The audiences can expect hearing some of the finest from composers such as Bach, Mozart and Sibelius, every tune elevated by Reiersrud’s and Kleive’s unique sound. Not to be missed! 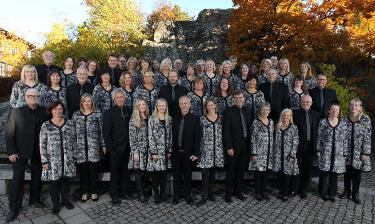 Oslo Bach choir and Iver Kleive carries on the big oratorium tradition.
Iver Kleive, the members of the choir and our collaboration partners perform each year several of the significant sacred works.
Through this work we develop an artistic, economic and commercial fundament for working with even more challenging tasks.
The soloists and orchestra in the large performances are mainly professional musicians.

Iver Kleive established the choir in 1988, and has since then been our conductor and art director.
The last 15 years the choir has performed a number of great works, but Bach has always played a prominent part in our repertoire.
The choir has cooperated with a number of our leading professional singers, musicians and actors.

Iver Kleive was born in Skien, Norway in 1949.
In 1972 he graduated as cantor at the Musical conservatoire in Oslo. From 1973-76 he studied to be an organist at Staatliche Hochschule für Musik in Munich, and took the german exam "Solistenprüfung" which is the soloclass for organists.

His background for working with choirs comes from the legendary
"Münchener Bachkor", with conductor Karl Richter, where he sang 1st tenor for 3 years. 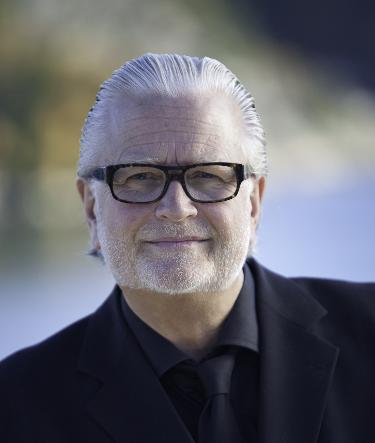 Iver Kleive made his debut as an organist in Oslo in 1978, and has since then had several solo concerts. He has been soloist with Oslo Philharmonic Orchestra and was pianist in the Kringkastingsorkesteret (orchestra for Norwegian broadcasting) for ten years. Iver Kleive has also been an organ soloist at all our chirch music festivals. He has been a soloist with "Kringkastingsorkesteret", Stavanger symphony orhcestra and Trondheim symphony orchestra.
In 1992 he was hired as a synthesizer soloist with Oslo Philharmonic Orkestra and conductor Mariss Janson in a week's Tour in Great Britain.

Iver Kleive has in addition to his work as organist also worked with many different musical styles.
From 1972 until today he has contributed to about 200 recordings as a studio musician, composer and arranger.
Kleive describes himself as an improvising musician who likes to change between classical and pop, folk music and Jazz. However, fundamentally, he is a church organist.

Iver Kleive har been a member of the jury at several award ceremonies of the "Spellemann" Prize (Norwegian Grammy). He significantly contributed to has made a significant contribute to the increased focus on Norwegian folk music. In the last ten years he has recorded several albums with the Norwegian folk singer Sondre Bratland. He has also worked together with the the Brazilian percussion player Nana Vasconcelos.

Several of our leading soloists have been accompanied by Iver Kleive: i.e Arve Tellefsen, Karin Krog, Jan Garbarek and Terje Rypdal. In 1990, together with Ole Edvard Antonsen (famous norwegian trumpet player), they toured the whole US.
He has played with Carola in Sweden, Bjørn Eidsvåg in Moscow, Ytre Suløen Jassensemble in New Orleans,
Sigmund Groven in Scotland, USA and the Caribbiean Islands, with Knut Reiersrud in India, Pakistan and South-Afrika.

He was awarded with the norwegian "Spellemann" Prize for the album “Blå Koral” (Blue choral) with Knut Reiersrud (electric guitar) in 1992. The unique combination of norwegian folk songs, church organ and electric guitars was innovative, owerful and also a commersial success. That year he recorded the christmas album "Rosa frå Betlehem" (The Rose From Bethlehem) together with the folk singer Sondre Bratland in the Birth Church of Bethlehem.

Together with Knut Reiersrud, Iver Kleive composed and recorded "Nåde" (Mercy), - music for the finale of the opening ceremony of the XVII Olympic Winter games at Lillehammer, Norway in 1994.

In 1995 Iver Kleive released his first album with his own compositions: “Kyrie”, a visionary album that shows no limits between church music and pop music. In 1996 he released “Himmelskip” together with Knut Reiersrud.

Iver Kleives has also composed his christmas "oratorio": “Juleevangeliet”, - the story about baby Jesus. It was recorded in 1998, playd, told and sung by Iver Kleive, Paolo Vinaccia, Jon Eikemo, Anne Gravir, Ronnie Johansen og Oslo Bach-kor. It has since then become a solid tradition to perform this work every year before Christmas.

Kleive has cooperated with the swedish singer Carola at two albums: "Blott en dag" (Merely one day) with songs written by Lina Sandell and "Jul i Betlehem" (Christmas in Bethlehem) which was recorded in Bethlehem and sold in 350 000 copies.

The album "Nåde over nåde" which in 2006 was recorded together with Knut Reiersrud, got the Danish Music Awards - Folk 2007, in the category ”Best foreign album”.

In 2007 his Requiem was released. The work was composed for church organ, choir and two soloists by Iver Kleive and is dedicated to his own son Alexander, the victims of the 9/11 attacks in 2001, and all the soldiers that return from war in a coffin. The album was recorded in Lubljana, Slovenia together with Oslo Bach Choir, The chamber choir Mimas ( from Tromsø) and APZ Tone Tomšic (Lubljana). The work has also been performed in many concerts, - both in Norway (Tromsø, Bergen, Molde) and Europe (Lubljana, Riga, Copenhagen, Budapest). In all these concerts Iver Kleive plays the church organ.

An interview with Iver Kleive about Requiem can be viewed here
Samples:
Introito and Kyrie
Lacrimosa

With Nobel laureate Martti Ahtisaari in the audience, Iver Kleive performed his own "Overture" on a digital organ at the Nobel Peace Prize Concert in Oslo 2008, Norway. The Overture was made for the norwegian movie "De Usynlige" (The invisibles). This film was awarded the Norwegian "Amanda" Prize for best film music.

In 2009 he went to New York to record an international album "Hymns" together with the legendary trumpet player Lew Soloff (Blood Sweat and Tears), the guitar player Snowy White (Pink Floyd) and the norwegian singer Sigvart Dagsland.
Hymns have also been performed live in Norway, both in Oslo, Bergen and Trondheim.